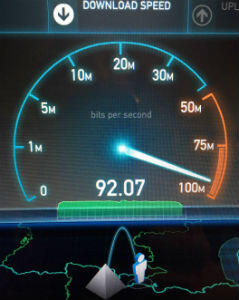 Connection speeds around the world continue to grow at rapid pace. But then so does everyone’s thirst for data.

Our expectations of content quality and the speed it should be delivered at seems to re-calibrate at a Moor’s law type rate. It wasn’t that long ago that we’d patiently wait for a GIF to gradually reveal itself as a web page loaded. Now if there’s a single pause during the stream of a 2 hour Netflix movie, something’s gone wrong with the internet!

So it is with live dealers.

It has to be full screen, widescreen, crystal clear high definition video. That’s our expectation so that’s what all the providers are trying to give us and this is clearly being done under the assumption that we all have more bandwidth to play with.

Back in 2009 we considered what kind of connection speed was required for frustration free live dealer play. Anything over 1 Mbps would pretty much get you over the line. This wouldn’t be enough today. I’ve experienced deal lag on a 70Mbps plus connection!

The need for a better than average internet connection speed remains relevant.

So how does your connection compare to players elsewhere in the world? Below are some selected charts from Akamai’s 2016 State of the Intenet report.

Here are the countries with the fastest measured average (left) and peak (right) connection speeds.

Akamamai describe their ‘Peak’ measure as, ‘the peak speeds that users can likely expect from their Internet connections‘.

Pretty similar to the state of the Internet in 2015. South Korea is still the fastest of the fast and the Scandinavian countries are all still excelling. Good to see Latvia still punching above its weight (and getting relatively faster).

Notable exits from the top 10 are Ireland and the Netherlands. Notable entrants are Singapore and (in peak terms) Qatar and Bahrain (Middle East lite and fast).

Here’s another attempt to measure and illustrate the quality of country-wide connections; the percentage of residents with access to a connection above 4Mbps. 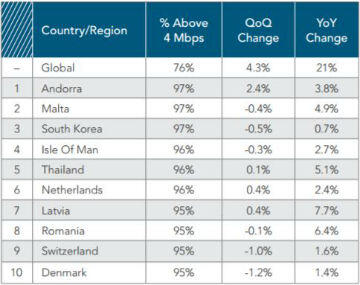 Andorra comes out on top here. Not surprising given the entire country is fibre optic wired (wouldn’t have required a lot of cable mind you).

I was surprised they didn’t appear anywhere in last year’s report. According to the publishers they, ‘previously did not qualify for inclusion’, which could well translate to, ‘we forgot about Andorra‘. Wouldn’t be the first time. Despite participating in World War 1 (contributed 4 farmers with pitch forks to the effort), they were left off the invite list to the signing of the Treaty of Versailles, and so remained in state of war for another 20 years or so before being told by someone the war had ended some time ago – and a new one had started!

It’s a Scandinavian fest at the top of the charts. EU powers Germany and France are dragging their heals, but have more territory to cover than some of their neighbours. Romania is demonstrating speeds worthy of becoming the latest live dealer hub. Greece not so much.

Very fast at the top, very slow at the bottom. 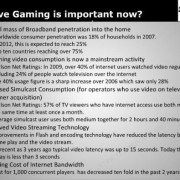 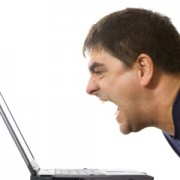 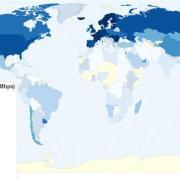 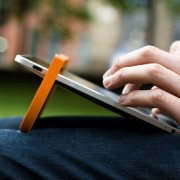 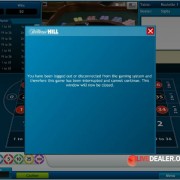 When it's no longer fun, walk away
0 replies

In the market for a BMW Z4?
Scroll to top