Evolution Gaming have reached an agreement with London’s iconic Les Ambassadeurs Club, to stream a range of tables from within the casino, including:

PRESS RELEASE – Evolution Gaming, leading provider of Live Casino solutions, has announced that it has signed an agreement with Les Ambassadeurs Club, one of London’s most distinguished gambling clubs. Under the terms of the deal Evolution will operate a Mayfair Salle Privée Live Casino studio within the venue and also install Dual Play Roulette and Baccarat ‘convergence’ tables on the club’s gaming floor.

Les Ambassadeurs, or ‘Les A’ as it is referred to by its members, has been welcoming VIP players to its gaming floor and private rooms since the early 19th Century.

The Salle Privée, which will be located behind the scenes at Les A’s No. 5 Hamilton Place, Mayfair address, will comprise a mixture of Baccarat and Roulette tables which will be made available as a B2B service to selected online Live Casino operators.

According to Evolution, the online Salle Privée will operate just like a real Mayfair Salle Privée and offer the highest levels of one-to-one service, choice and flexibility for VIPs. Tables will be available on-demand 24 hours a day, seven days a week, and players will be able to request change of dealer, shoe or ball, and to dictate the pace of each game round.

The Dual Play Roulette and Baccarat tables, meanwhile, will allow club members in the actual venue and members online to play and wager in the same games at the same tables on Les A’s gaming floor. By playing remotely on smartphone, tablet or desktop alongside on-premise players at the same table, online players will be able to enjoy the unique ambience of Les A.

“We believe that Evolution is the only Live Casino provider able to deliver the unique Les A experience online. We are confident that the online offering from Evolution will truly replicate the feeling of playing at Les A and meet the demanding standards of VIP players”

“Evolution is honoured to have the opportunity to offer the Les A brand to a limited number of carefully selected operators. Evolution has a distinguished record of creating both remote VIP environments and on-premise studios, but this will be our first on-demand Salle Privée studio sited within a land-based casino.” 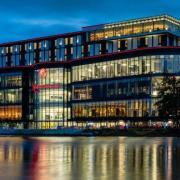 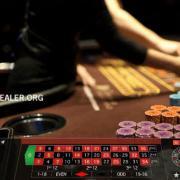 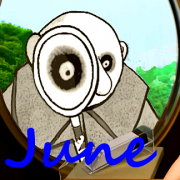