Lawmakers in the Ukraine have this week passed a law that will end a more than decade long ban on gambling (land based and online) and pave the way for a newly regulated industry.

The bill was introduced by Oleg Marusyak late last year, failing its first reading in December 2019. More than 100 amendments have been since needed to get it to the point where it has now been passed by the Rada.

New gambling laws have been expected in the Ukraine for some time, with government promises to regulate the industry dating back to 2015.

2285-D legalises both land based casinos and online gambling. It sets online casino license fees at UAH30.7m (approximately €1 million) for a 5 year term.

Both local and foreign operators will be allowed to apply for a license, with one interesting restriction. Operators, “must not be controlled by residents of an occupying state and/or the aggressor state in relation to Ukraine”. A thinly veiled prohibition on Russian companies taking any part in the market.

Successful applicants will be able to offer Ukrainian residents a range of online betting options including casino games (table games and slots), lotteries and sports betting. Nothing in the bill indicates live games for Ukraine players will be excluded.

Unusually, the bill doesn’t address taxation of licensees. This will be left to a companion bill that is yet to be passed. A number of competing options are already in the pipeline, proposing different taxes from 5% to 25% of gross gaming revenues for the various gambling categories.

The front runner is a bill also introduced by Oleg Marusyak. It proposes a 10% GGR tax for online gambling.

Still some water to flow under the bridge on this one, with no timelines given on expected implementation. In the meantime, as is usually the case with a new license regime on the way, enforcement of the existing ban (previously quite lax) has become a little stricter. After all, what’s the point of offering i-gaming licenses if you aren’t making an effort to block the unlicensed?

President Zelensky, a vocal supporter of regulated online gambling, recently announced measures to start enforcing the existing gambling ban as 2285-D began progressing. Through the first half of 2020, some online gambling sites have been blacklisted and subject to ISP blocks in Ukraine. 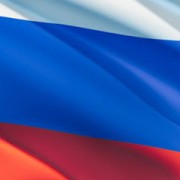 Impressive 2020 first half for Evolution
Scroll to top