It wouldn’t be October without dealers in Halloween costume and new treats to delight players.

888 casino have a long established tradition of seasonal themed promotions at Evolution. Halloween 2016 was no exception, even if it’s becoming an impossible task to outdo previous years. All three (more on that below) of 888’s branded table areas had decorations and dealers in varying degrees of costume. As to be expected William Hill also went with the Halloween theme. The Vegas and Mayfair room tables had it all…cobwebs, pumpkins, spiders, skulls, dealers in hats and chilling background sound effects. 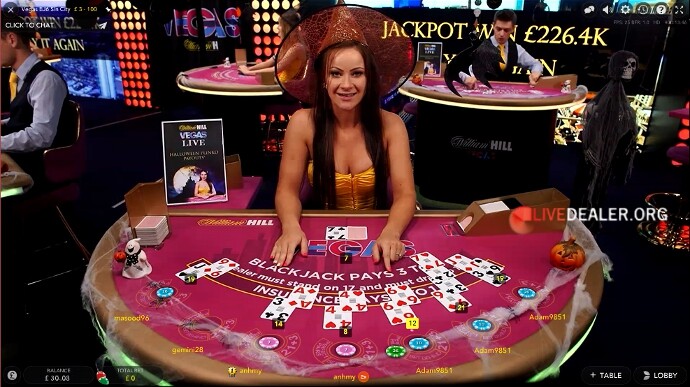 Over at Playtech the generic tables including Hi-Lo (now available at Sky Casino) came with no expense spared pumpkins . Female dealers were wearing the minimalist hats or cats ears again. 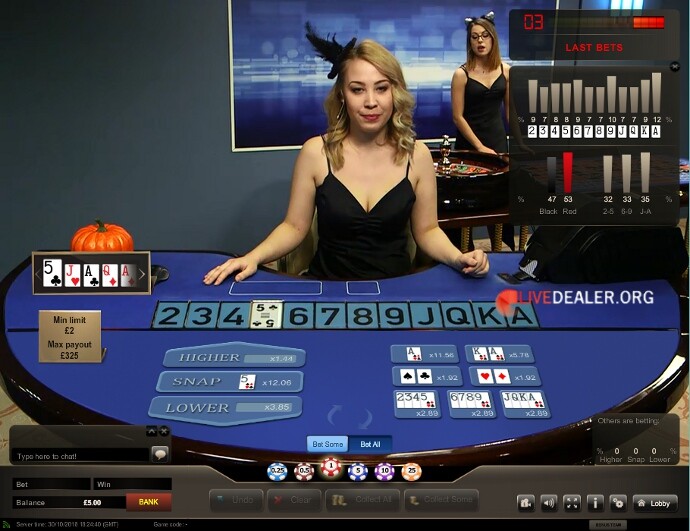 Any colour you like, as long as it’s green

Hardly a month goes by without a new table area opening at Evolution Gaming. October was especially bountiful with the launch of several tables including a new private table area for Mr Green casino.

Over the last year Mr Green branded tables steadily increased in number, but until now were spread wherever across the Riga and Malta studios. 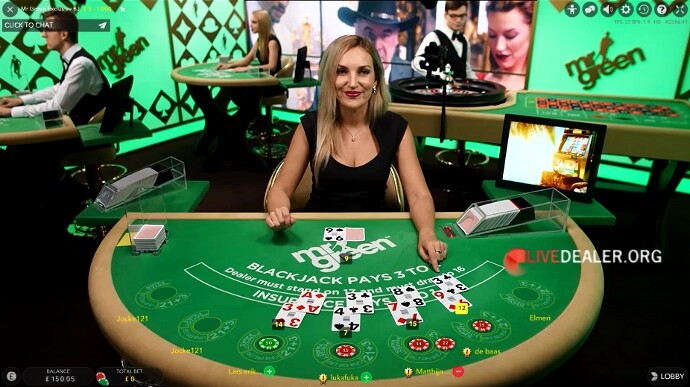 The German language blackjack table has naturally remained in Malta but comes with a new décor to match the main private area. The choice of predominant colour for the Mr Green area is predictable enough. To quote LD,

“could only ever be the one colour I guess.”

The walls are perhaps overly bright though. Especially so when trying to read red numbers in the history column on the roulette table. 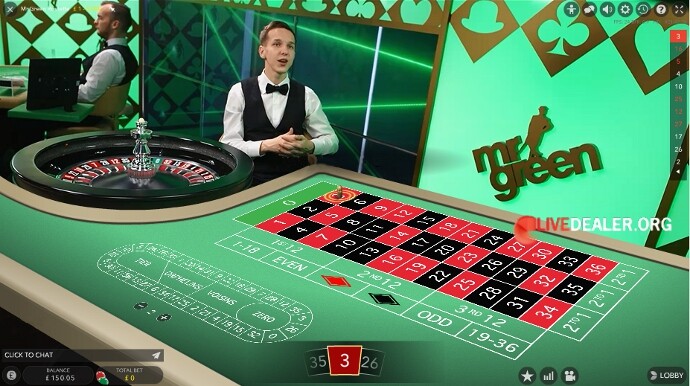 Any players lamenting the loss of Mr Green‘s old roulette table in Malta still have the option of playing with their favourite male dealers on the London table.

The extra tables situated apart from 888’s other branded table areas go by the names of Elite, Mega, Pro, and Ultra. Table limits vary, with the lowest starting at £/€ 5. 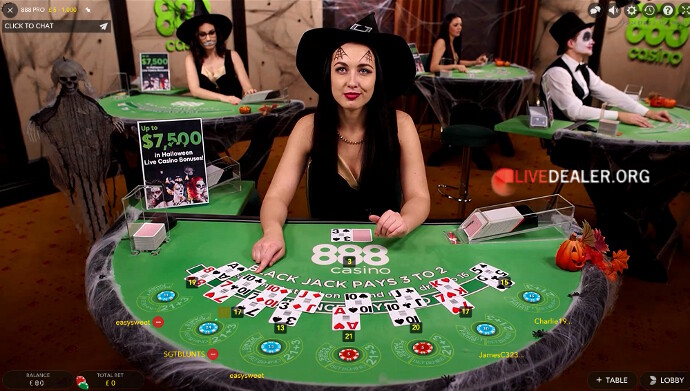 Visually the area has a feel of Bet365’s private area at Playtech and is in keeping with the styling of Evolution’s baccarat tables albeit no running water this time, just the sound of the shuffling machines.

The new tables certainly look a lot more classy than the bog-standard old tables and come complete with game logo at the front and a nicer (Playtech) green playing surface.

Following September’s first sighting of a new baccarat at Evolution the table was quickly rolled out across the majority of casinos early October.

The new Baccarat Controlled Squeeze table presenting baccarat loving players with a new way to heighten the card reveal tension themselves. As opposed to the other Squeeze tables ( William Hill Mayfair & Genting/Crockfords) performed by the dealer.

No doubt the new table will prove popular with Asian players and the cards are reuseable again, unlike all the cards that are binned after one use on the ‘regular’ Squeeze tables.

The Controlled Squeeze table is playable on mobile devices although currently the cards often appear briefly before the filter is applied making it redundant. As LD mentioned, it takes some practice to perform the squeeze effectively without simply flipping the cards over.

In a break from the routine there’s a new private table area at Evolution that designed to appeal to a very specific group of players. Depending on how strong your passion is for football is you could either love or hate the Manchester United branded area from Marathonbet.

Thankfully there’s no requirement to swear allegiance to supporting United to play at the tables. Although your unlikely to want to unless you are a fan, or if you speak Russian.

The branded blackjack table is a Russian language table. Whereas the HD Immersive Lite roulette table is an English table and you get a good view of the attention to design detail in the area. “They’ve done a nice job of actually making it look like the tables are inside a corporate box at Old Trafford.”

Finishing touches to the area include team colour dealer red dresses, or ties for the male dealers.

“Our aim is to offer an immersive environment where players can enjoy online Live Roulette while having the feel of being part of Manchester United. It’s also a chance for fans to mix with like-minded players. The co-branded environment is truly one of a kind in the industry and offers players a unique gaming experience.”

Notwithstanding moving from Riga to Malta and more recently switching to wide HD format, Evolution’s London roulette table has looked the same for many years. Finally this little outpost of the UK abroad has undergone a makeover with a new backdrop image. When players are complaining about losing I always think it wouldn’t be called gambling if you always won, it would be called free money. October had winners and losers, not only just from the player’s side. And finally, my winning treat for October was being accepted for the position of Shadow Ranger (not as Halloween esque as it first sounds)………don’t be afraid to ask dealers. Mwahahaha! ;).