Blog
You are here: Home / Blog / ramblings / Fetching some luck in the Year of the Dog 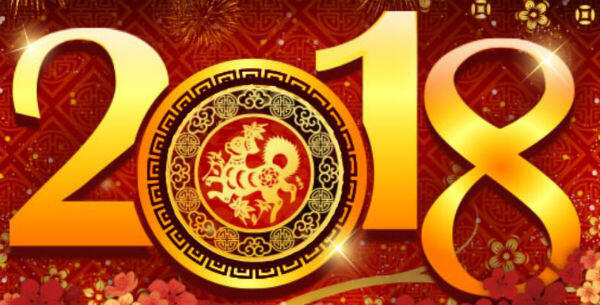 Time to say goodbye to the Rooster!

It’s Chinese New Year on Friday February 16th, at which point we’ll begin 2018… the Year of the Dog according to the Chinese zodiac (or Shēngxiāo).

All well and good, but what we really want to know is…

Will the Year of the Dog bring Fortune?

Let’s start with the Dogs, because it is their year; or more correctly according to Shēngxiāo – it won’t be their year.  This isn’t a Dog specific thing…the year of one’s zodiac sign (本命年 ben ming nian) is never supposed to be good. Roosters suffered last year, Monkeys had a tough time in 2016 and so on.

2018 will be a minefield of misfortune for poor old Dogs. Don’t expect good surprises; be ready for bad ones. It’s not a year to take risks. It’s a year to keep your head below the parapet as it is likely to be shot off otherwise. Your singular goal for the year is to try get through reasonably unscathed, and then enjoy the next 11 years of relative peace and prosperity.

There is a thin silver lining to your otherwise very dark cloud. 2018 will be a short year ending 5 Feb 2019 (the Chinese lunisolar calendar is out of sync with the Gregorian calendar). Only eleven and a half months of pain before the Pigs get stuffed.

Definitely not the year to take on Evolution’s Salon Privé blackjack tables!

2018 is supposed to be a mixed bag for Rats. You’ll hit the highest of highs, and plumb the lowest of lows.

The Dog and the Ox don’t get along according to Chinese zodiac. As a consequence, oxen shouldn’t expect a great 2018. Invest conservatively, avoiding risk (and financial planners who are dogs).

Finally some good news! If you’re a Tiger this is your year to let it ride. The Dog and the Tiger are apparently great mates, so 2018 promises to be a lucrative one.

As an aside 2017 was also a pretty good year for Tigers, as any fan of the AFL’s Richmond Football Club would happily tell you.

Rabbits will also enjoy a good year. And about time too. They’ve spent the 2016 and 2017 struggling with incompatible Monkey and Rooster years. Fortune, and even a little fame may be on its way.

For the rest of us, perhaps a year to trust in the rabbits foot a little more than usual (remembering always that it didn’t help the rabbit).

Dogs don’t like Dragons, and vice versa. Of the 12 zodiacal years, the Year of the Dog is one of the few that gets the better of the Dragon. Play your cards close to your chest and think twice before going all in.

The Horse is the third zodiacal animal compatible with the Dog. Horses can expect more good luck than bad, so don’t be afraid to take a punt.

The experts seem a little unsure about what’s in store for Goats (or Sheep). Seems there will be ups and downs in equal measure. A positive attitude will be important.

If you’re a Monkey you shouldn’t lose, but you probably won’t win either. You’re a monkey treading water basically.

Poor Roosters. Financially raped last year, things are only supposed to improve marginally this year. Not the year to take up a challenge, or to take a stand in a fight. Rollover; take another kicking and wait until 2019.

Pigs should enjoy a moderately auspicious year, before things take a turn for the worse on Feb 5 2019. You might want to get you shit together before things get really nasty next year.

No matter what your sign, you can help your cause during New Year Festival period (Feb 16th to March 2nd) by observing a few simple, and I think you’ll find, generally satisfying rules.

For those who believe in the powers of the Shēngxiāo (not me in case you guessed) here’s a sobering thought.

Donald Trump’s birth sign is the Dog, meaning 2017 was his good year. 2018 is the year he will really cock things up! 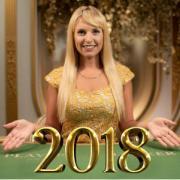 A look back at live casino gaming in 2018

Letting it Ride in the Year of the Rat
0 replies

Maryana – Our live dealer of the week

On a roll on the VIP limit tables
Scroll to top