Over the last week or so a few well known online gambling brands have announced they will be closing in Switzerland.

More are sure to follow as the new Swiss online gambling law comes into effect on the 1st of July, making it illegal for operators based outside the country to offer their services.

The new law was passed by the Swiss parliament back in 2017. But its implementation was delayed after political parties managed to petition enough signatures to require a referendum on the issue. That took place June last year.

Over 70% of voters gave the reforms the thumbs up, paving the way for the law’s introduction this year.

The new Geldspielgesetz, or Money Gaming Act (‘the Act’) replaces the old Federal Act on Games of Chance and Casino (covering casino games) and Swiss Lottery Act (lottery and other forms of betting), providing a single piece of legislation covering all forms of gambling in Switzerland, both terrestrial and online.

The Act allows only Swiss based casinos and lotteries to obtain online gambling concessions. Foreign operators, including all those licensed in EU jurisdictions like Malta and (for the time being) Gibraltar are excluded.

Taxes will be applied on all revenues from online operations, a portion of which will also be directed toward social welfare, namely to the national disability insurance and old age pension funds. Authorities are expecting an extra CHF 260 million to flow into public coffers each year.

Also from July 1, Swiss ISPs will be legally required to block all foreign online gambling sites. This was one of the more controversial aspects of the Act, raising fears that its acceptance could lead to further Internet censorship. It was likely one of the reasons that enough signatures were obtained to send the Acts adoption to a referendum.

The Act is clearly protectionist in nature. Online gambling operators licensed and based elsewhere in the EU are blocked from accessing the Swiss market, protecting local operators from competition.

In the absence of a strong public policy reason for doing this, the EC would begin infringement proceedings against any EU member state for passing a similar law.

But Switzerland is neither an EU or EEA member so they can do as they please in this regard. 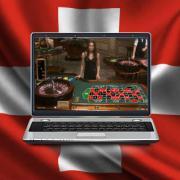 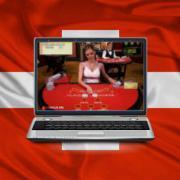