Blog
You are here: Home / Blog / ramblings / The Stars and Sky

Yesterday the Stars Group (“Stars”), owners of the Pokerstars and FullTilt brands (and formerly known as Amaya) announced that they would be buying Sky Betting and Gaming (“Sky”) for $US 4.7 billion.

Under the deal Stars will pay Sky’s current owners, CVC Capital Partners (“CVC”) and Sky Plc $3.6 billion in cash and the remainder in newly issued Stars Group shares. Subject to regulatory approval (shareholder approval not needed apparently), the acquisition is expected to complete in the 3rd quarter of this year.

Key benefits of the purchase were identified by Stars to include:

Cost synergies of up to $70 million annually are also expected to achieved once the entities are combined (look out back office employees).

Stars CEO Rafi Ashkenazi described the deal as, “a landmark moment in The Stars Group’s history”. He went on to say that,

“SBG operates one of the world’s fastest growing sportsbooks and is one of the United Kingdom’s leading gaming providers. SBG’s premier sports betting product is the ideal complement to our industry-leading poker platform. The ability to offer two low-cost acquisition channels of this magnitude provides The Stars Group with great growth potential and will significantly increase our ability to create winning moments for our customers.”

The Stars press release claims that Sky boasts the largest active player base in the UK. Most recent UK Gambling Commission statistics suggest bet365 and the merged Paddy Power  Betfair may dispute this. What they can’t dispute is that almost 80% of Sky’s revenues, from their online brands Sky Bet, Sky Vegas and Sky Casino, are earned via the mobile channel which is well above industry averages.

It will be interesting to see what the combined entity chooses to do with their live casinos going forward. Pokerstars operate one of the largest Evolution Gaming private table areas. Sky Casino have also invested big in large live dealer table presence…although theirs resides in Playtech’s Riga studio.

We’ll wait to see if this is one of the areas identified in their cost synergies equation. 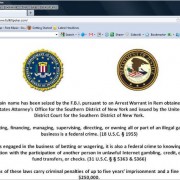 US Online Poker: DOJ and FBI crack down 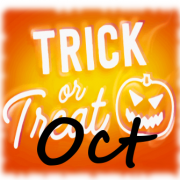 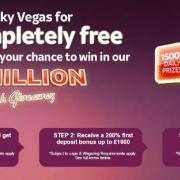 Sky Vegas giving away over £1 million 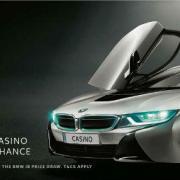 Sky Casino giving away a BMW i8 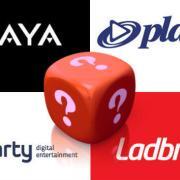 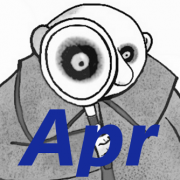 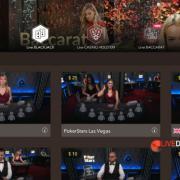 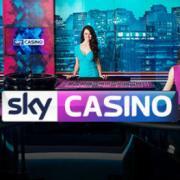 Now who has the best looking exclusive table area