Pragmatic Play aren’t new to online gambling. They have been supplying a range of RNG games for some time now, counting 888, William Hill, GVC Holdings and Flutter (Paddy Power & Betfair) among quite a long list of big name clients.

Their RNG games have won them a number of EGR B2B awards. Their license credentials are solid.

Presumably leveraging some of the technology from that purchase, Pragmatic began live streaming action from a newly built dealer studio located in Bucharest Romania in the first half of 2019. The studio has a capacity for over 40 tables. This is considerably more than their current table/game range, so it is safe to assume that many more tables and games are on the way.

In the last couple of years, Pragmatic have expanded their game range considerably. They now (June 2022) offer a large selection of 7 seat blackjack tables (boosted by the ‘Azure’ tables), European Roulette (regular, speed and local language tables, as presented below) and plenty of live baccarat tables with an emphasis on speed deals. They have also jumped on the Game Show bandwagon with Big Wheel and ‘Mega’ random multiplier games.

Game are presented extremely well. Actually, first impressions playing these games is that look and play similarly to those of Evolution. User interface commands, multiple camera angle capture, studio backdrop and the tables themselves have a familiarity about them. The recently introduced baccarat tables in particular have unashamedly taken all design cues from Evolution.

Perhaps it’s no coincidence that the house rules applied on Pragmatic Play’s blackjack tables mirrors those on Evolutions. Theoretical return is an identical 99.28%.

An advantage of late entry to a niche, is that you know the winning formula and are able to copy rather than create with less certainty as to what the punters want.

Having said that, copies can be close and appear genuine. They can also be way off the mark and inferior.

Pragmatic’s games, although still limited number, are closer to the former. 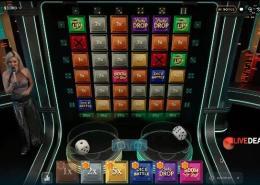 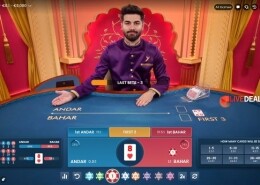 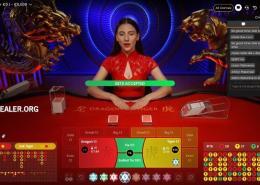 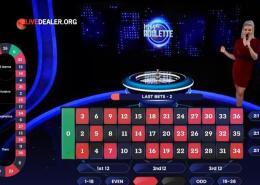 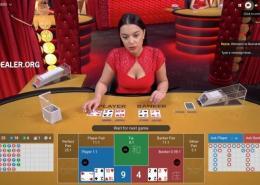 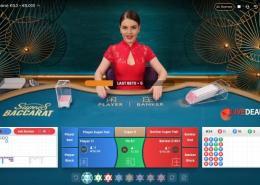 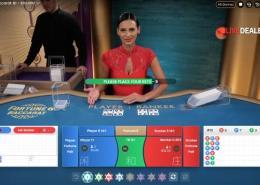 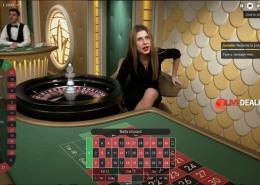 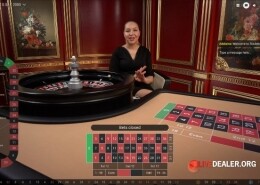 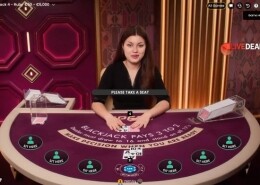 Won’t find as many smiles as on the Latvian tables. Get the job done though.

Everything is easy reasonably to find. Everything works smoothly.

Only beef here is the chip selector which is a little clumsy. Otherwise very good.

No issues with audio. Default on load is silent. You get to turn it up.